Establishing APG: 1917-1930s
Aberdeen Proving Ground was established in 1917 as an answer to an immediate need for national defense. As a result of entering World War I in April 1917, the Army urgently required a new site for testing war munitions. The Army needed a larger, less populated space than what was then available at Sandy Hook Proving Ground at Fort Hancock, New Jersey. The search eventually landed on an area along the western shore of the Chesapeake Bay near the city of Aberdeen, Maryland.

It took an act of Congress and two presidential proclamations, providing financial compensation for the 35,000 acres of upland and 34,000 acres of swamp and tidal lands, to persuade the farmers to leave their property. The government took formal possession of the land at Aberdeen on Oct. 20, 1917, and immediately began building testing facilities. Beginning in January 1918, the new proving ground at Aberdeen would proof-test field artillery weapons, ammunition, trench mortars, air defense guns and railway artillery. The mission was later expanded to include operation of an Ordnance training school and developmental testing of small arms.

When World War I ended in November of that same year, APG’s peacetime mission shifted to emphasize research and development of munitions. Military and civilian personnel conducted developmental testing of powders, projectiles and bombs, and the study of interior and exterior ballistics. The airfield, named Phillips Army Air Field in honor of APG’s second commander, was used by aircraft that supported the creation of bombing tables. The techniques these tables provided improved the adequacy of aerial bombing.

New Beginnings: 1930s-1950s
A number of new and diverse activities were assigned to APG beginning in the 1930s and stretching into the 40s and 50s. Bldg. 328 was completed in 1941 to house the new Ballistic Research Laboratory, or BRL, and provided the facilities to conduct research and experimentation in ballistics and fire control. By 1941, the need for testing facilities had grown so much that the government was forced to acquire additional acreage for APG. Seven thousand acres, which extended APG almost into the city limits of Aberdeen, were added in 1942, as were 1,800 acres when Spesutie Island was acquired in 1945.

During World War II, personnel grew to a peak strength of 27,185 military and 5,479 civilians as all fields of research, development, and training expanded and facilities were increased to meet the heavy workload of wartime. Work at the Ballistic Research Laboratory achieved increasing prominence in the nation’s scientific community. The automotive and armor testing activities were greatly enlarged, and the antiaircraft gun testing mission was expanded. APG’s technological contributions to the war effort include the world’s first digital computer (the Electronic Numerical Integrator and Calculator or ENIAC), the first man-portable antitank weapons system (the Bazooka) and the first system-wide practical applications of Statistical Quality Control. When the war ended in 1945, APG again reverted to its peacetime role of research and development. But the Korean conflict of 1950 reactivated many wartime activities.

During the 1950s and early 1960s, many technological advances were incorporated into the weapons research performed at APG. This was especially true of the Ballistic Research Laboratory, which began to integrate work in electronic computers, space study and satellite tracking. The continued dependence on science and technology to help produce better weapons led to the establishment in 1952 of the Human Engineering Laboratory.

Reorganization: 1960s-1970s
A new center of excellence was established at APG in 1962, called the Test and Evaluation Command, or TECOM. From its headquarters at APG, it managed and controlled 10 test installations and activities across the country. The late 1960s brought about the development of the Decision Information Distribution System, created by the Office of Civil Defense in the Department of the Army to deliver warnings to the public in the event of an enemy nuclear attack.

During the period of conflict in Southeast Asia, APG reentered a period of intense growth and new direction, including intensified developmental efforts and scientific contributions of the Ballistic Research Laboratory, the Army Materiel Systems Analysis Activity and the Human Engineering Laboratory, or HEL. APG also contributed to the testing of NASA’s Lunar Roving Vehicle used in the Apollo missions in the early 70s. A significant change was made on July 1, 1971, when Edgewood Arsenal, the former chemical center and current chemical research and engineering center for the U.S. Army, was merged into APG. From this point on, APG was the common identifier for both areas.

APG Transition: 1980s-1990s
In the mid-1980s there was considerable reorganization at the proving ground, including the establishment of the APG Support Activity (now U.S. Army Garrison Aberdeen Proving Ground) and the Combat Systems Test Activity, or CTSA. In 1986, the Army’s chemical demilitarization program was activated at APG. By the end of the 1980s, APG’s workforce had grown to more than 14,000 military and civilian employees, making it the largest single employer in Harford County.

As the 1990s began, much had changed in the Army, the nation and the world with the end of the Cold War. APG participated in Operation Desert Shield/Desert Storm. All elements of the proving ground helped test and field equipment, and mobilize and train Soldiers for the war in the Persian Gulf. In 1992, the Laboratory Command at Adelphi, Maryland was re-designated Army Research Laboratory, known as ARL. BRL and HEL, both located at APG, were renamed and transferred to its control. In 1994, the mission for storage of chemical agent and munitions at APG was transferred from TECOM to the Chemical Biological Defense Command, a new commissary was completed, the 389th Army Band (AMC’s Own) was assigned to APG, and the Officer’s Club (Bldg. 30) was renamed Top of the Bay. CTSA became Aberdeen Test Center, as it is known today, in 1995; the organization traces its mission back to APG’s founding and also celebrated its centennial in 2017.

In 2005 the Base Realignment and Closure Commission report, known as BRAC, was signed into law, which meant APG would lose and gain new tenants. Fort Monmouth, New Jersey, was designated for closure. The movement and consolidation of the Command, Control, Communications, Computers, Intelligence, and Reconnaissance (C4ISR) organizations from Fort Monmouth; Fort Belvoir, Virginia; Redstone Arsenal, Alabama; and Fort Huachuca, Arizona, resulted in the construction of large new research facilities on APG North. The first of these new buildings became operational in 2010.

While the post gained new organizations and approximately 8,500 new positions under BRAC, it also lost several long-time organizations. The Ordnance Center and Schools, as well as the Ordnance Museum, moved to Fort Lee, Virginia, and the Army Environmental Command relocated to Fort Sam Houston, Texas. By September 2011, all BRAC activities were completed at APG.

Today
Today Aberdeen Proving Ground is recognized as one of the world’s most important research, development, testing and evaluation facilities for military weapons and equipment, and supports the finest teams of military and civilian scientists, research engineers, technicians and administrators.

APG is the Defense Department’s Center for Excellence for C4ISR (Command, Control, Communications, Computers, Intelligence, and Reconnaissance); Chemical and Biological Defense; Research and Development; Test and Evaluation; Public Health; and Personnel Security Investigation. A $1 billion research and development resource, and a key player in the nation’s homeland defense and international counter-terrorism efforts, APG is an economic and technology resource for the region. With more than 18,000 civilians and Soldiers at the Army’s oldest proving ground, APG remains Harford County’s largest employers and one of the largest in the state of Maryland. 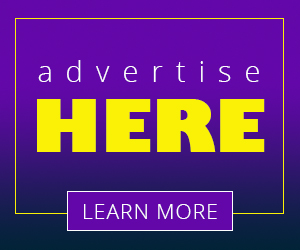 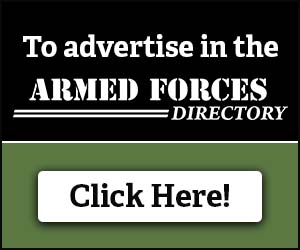 Please select the Military Installation that is most relevant to you. You can select both if you choose to.

You will automatically receive each newly published Digital Directory via email.